The following series of articles is about my masters dissertation from the University of York, supervised by Dimitar Kazakov. The project spanned over four months, therefore the project had a very limited scope. Nonetheless, the aim of this study was to measure the impact of macroeconomic parameters and closing prices from other global markets when predicting the direction of the FTSE index. This study made use of feed-forward networks and an ensemble approach with the TensorFlow library.

This article will serve as a basic introduction by defining some basic concepts, particularly stock markets, stock market indices, market contagion, macroeconomics and microeconomics. It will also mention what sort of data was used in this study. Feel free to skip this article if you are already well versed in these topics.

Another way to measure the value of a stock market, other than total market capitalisation, is to refer to what is called a stock market index. A stock market index is a weighted average computed from the most influential stocks in that market. For example, in the UK, the Financial Times Stock Exchange 100 (FTSE 100) is computed from the 100 companies listed on the London Stock Exchange with the highest market capitalisation, such as Tesco, BP, Barclays and Sky.  Below is a table of the stock market indices used in this study, along with the region they represent and the number of companies in the index.

One of the major shifts in the last few decades is globalisation, which consequently has increased openness and interpenetration of national economies and sovereign states. As a result, regional markets have started to be more correlated with each other, where market changes or disturbances spread from one regional market to another. This is referred to as market contagion. A good example is the Great Depression in the 1930s, which originated in the United States and resulted in the global GDP falling by 15% in the first 3 years. A more recent example is the financial crisis of 2008, the effects of which still linger on in some countries.

Macroeconomics is the study of the behaviour, performance and trends of an economy as a whole. To keep the economy in check, governments look at macroeconomic factors such as gross domestic product (GDP) and inflation to aid them in economic policy decision making. Microeconomics, on the other hand, is the study of how individuals make economic decisions and their effect on the economy. These individuals are classified as consumers, producers and resource owners. These individuals interact with supply and demand for resources while using economic indicators, such as interest rates, as a pricing mechanism.

These two studies are deeply interlinked with each other since they contain overlapping issues. They can be considered as opposite approaches, where macroeconomics takes a top-down approach while microeconomics a bottom-up approach to analysing an economy. As an example of how interlinked these two studies are, it is evident that a stock market’s long-term performance is highly coupled with the economy’s performance. If the economy is doing well, then so should the financial outcome of companies. This coupled relationship can be seen in the following graph which shows a normalised plot for the U.S. GDP and S&P 500 stock market index.

Five macroeconomic parameters were chosen in this study. These parameters are widely used in describing the state of an economy. They are:

This concludes the first part of this series. The next article will go on to explain the experimentation process adopted for this study. 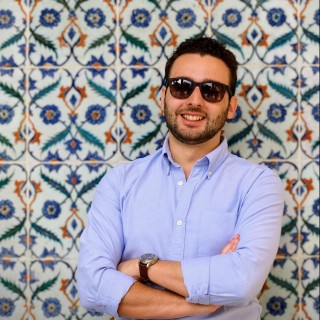